Elliott Wave analysts understand that there is almost always more than one valid way to count a section of a chart. Given this, an important goal in supporting a trade thesis or driving toward a trade decision is assessing a given count to determine how well it complies with Elliott Wave rules and guidelines, relative to other possible count interpretations.  The Auto Counts gadget makes it extremely easy to do this.

The Auto Counts gadget shows the highest probability wave counts for the most recent automatic wave count calculation for a given chart. It shows a primary count, along with up to 3 alternate wave count interpretations. 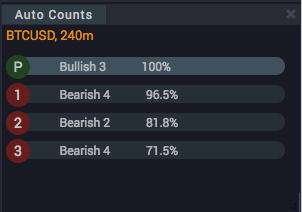 You can click on any of the counts that are listed in the gadget to display them on a chart. This is a convenient way to compare counts side by side, for example, using the multi-chart layout feature as shown below. 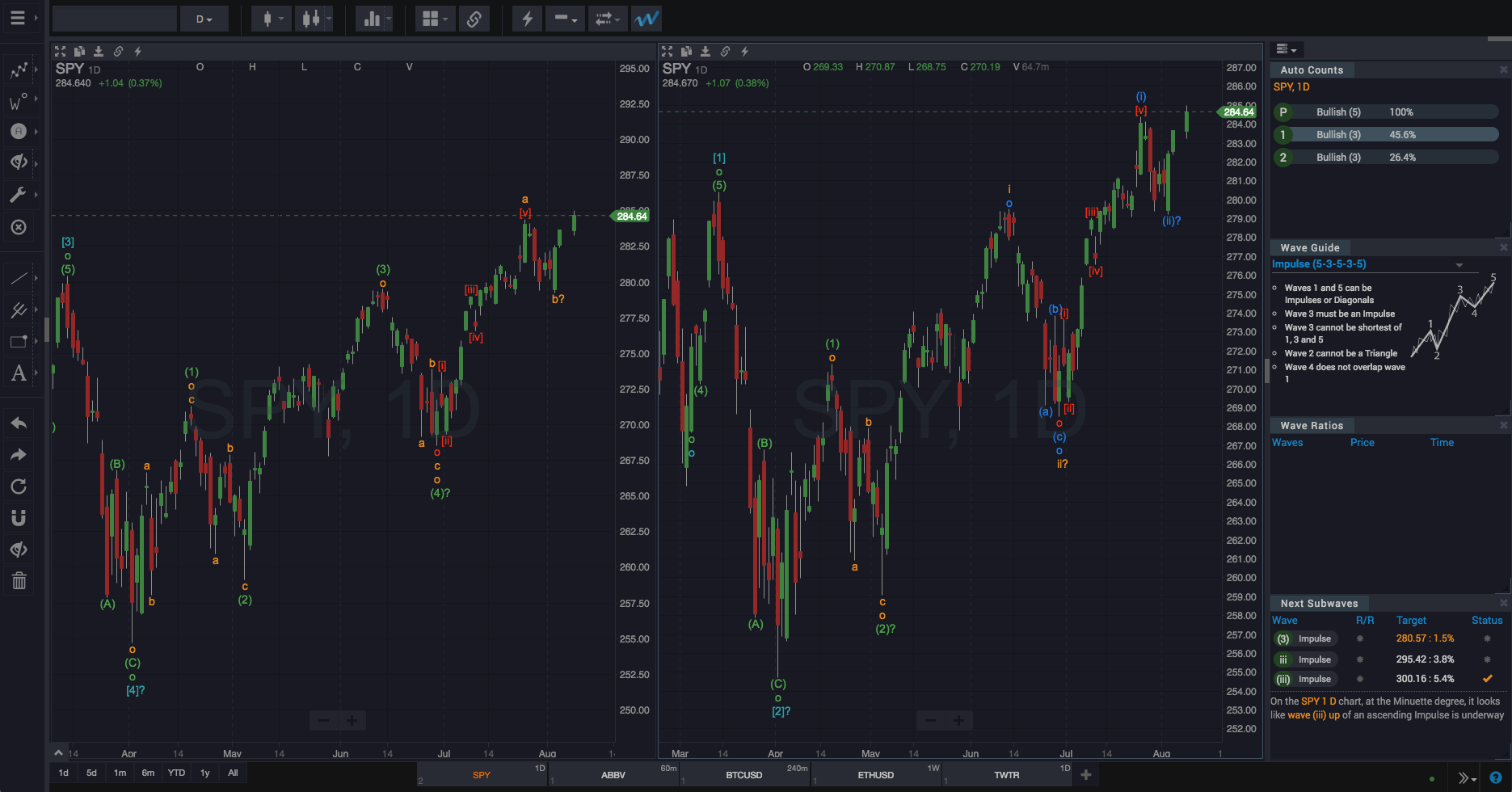 Each time you perform an automatic wave count analysis, the Auto Counts gadget will display the highest probability wave counts for that chart, which will overwrite any alternate counts that were previously listed.

Also, alternate wave counts are not saved with charts. So, if you’d like to save or perform additional analysis on a particular alternate wave count, click on it to display it in a different chart, then save the chart, before performing a new automatic wave count analysis.

Each alternate wave count listed in the gadget includes some key information to help you quickly evaluate the collection of counts individually, and as a whole.

From left to right, the display indicates:

The similarity index can be used as a way to assess how much “agreement” there is among the highest probability counts. For example, if all or most of the alternate wave counts are very similar to the Primary Count (ie, they have a high Similarity Index), and indicate the same or similar Bullish/Bearish bias, this might be interpreted as evidence that the Primary Count indeed best captures the overall context and bias of a market over the time period that you have analyzed.

It’s often the case that wave counts with low a Similarity index (and potentially differing bias indications) actually imply the same expected forecast, depending on the trading horizon you’re interested in. Differing wave counts that imply the same trade setup can be interpreted as confirming evidence for a trade thesis, so it’s always a good idea to visually inspect and compare the given counts by displaying them on a chart.

Was this article helpful? Yes 18 No 2