Explaining Elliott Wave Analysis to someone for the first time

If you’ve ever tried to explain Elliott Wave analysis to someone, particularly a friend or family member who might not be familiar with Technical Analysis in general, you might have seen the look of complete confusion that comes over many faces when they’re first exposed to wave patterns. This common look of confusion might even be packaged along with a healthy dose of skepticism.

This is a pretty natural reaction. Even more experienced Elliott Wave practitioners sometimes get confused trying to keep track of all the patterns, rules, guidelines, fibonacci levels, etc. 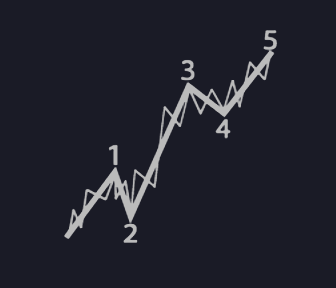 So, in the WaveBasis lab, we’ve found that before diving into discussing things like pattern diagrams, impulsive waves, and fractals, it’s often helpful to take a step back to appreciate the intuitive concepts that underlie the Elliott Wave approach. These are concepts that everyone can understand.

In a nutshell, the Elliott Wave approach teaches us that markets, like much of human life, move according to the ebb and flow of the collective sentiment of the market’s participants. This is basic crowd psychology, something that is well-understood in arenas like advertising and politics, and something that almost everyone can relate to. Experts in these arenas use past patterns in crowd behavior to make educated predictions about what crowds will do in the future, based on measured probabilities.

Obviously, markets are driven by the sentiment of the market’s participants. If enough people think the price should go up, it will.

So, Elliott Wave analysis shows us that in markets, the psychology, or sentiment, of the crowd moves in regular cycles (or “waves”) that can be, and have been measured. And further, measuring these cycles has produced a set of well-defined patterns that can be consistently identified in price data. This is a simple, easily observable fact.

In the case of financial markets, these patterns can be used to determine a context for a given market, at multiple time scales, providing an objective probability-based framework for making forecasts at any given point in time.

It’s this context that makes it possible to establish a backdrop of probabilities for what the market is most likely to do next.

In simpler terms, once you’ve seen a pattern enough times, and measured the various things that happened after that pattern occurred, you can assign a probability to each of those things that happened. This principle is the same, whether we’re talking about financial markets or reactions to political posts on Facebook.

The other kind of person who you might have had the occasion to try to explain Elliott Wave analysis to is another Technical Analyst. Lots of analysts may dismiss EW analysis as “too subjective” or “just mumbo jumbo”. What they really might be saying is EW is “too complicated for me”.

What these folks generally fail to recognize or acknowledge is that Technical Analysis is full of patterns…and people respect those patterns. 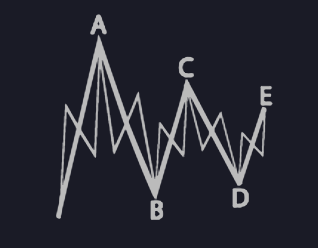 Triangles, Head and Shoulders, Cup and Handle, etc. Everyone is always looking out for these patterns because they tend to repeatedly occur – and – provide predictable outcomes, in terms of forecasting market movements.

EW analysis is no different in its fundamental approach to price patterns. However, one big difference is that it organizes a collection of specific patterns to define a more comprehensive and cohesive analytical framework. Elliott Wave analysis views markets through the lens of a bunch of interrelated patterns, rather than one pattern at a time. This is powerful.

So, instead of simply waiting for a triangle to form, EW analysis provides the mechanism and frame of reference to anticipate when a triangle is most likely going to form, in the context of other neighboring or overlapping patterns. This is just one example that most technical analysts can relate to.

We all know that there are no magic bullets, but the Elliott Wave approach has given a trading edge to some of the best in the business for decades.

With a more than 80 year history, Elliott Wave Analysis forms the basis of the trading strategies of millions of successful traders and investors globally. Some of the most well-known traders in the world have credited Elliott Waves for their trading consistency and success.

“…the Elliott Wave theory allows one to create incredibly favorable risk/reward opportunities. I attribute a lot of my own success to the Elliott Wave approach.” -Paul Tudor Jones

So, underneath all the complexity and confusion, Elliott Waves embody fundamental and intuitive time-tested ideas. However, each Elliott Wave pattern has an associated set of rules and guidelines, which together add up to make the technique quite complex and traditionally difficult and time-consuming to master.

And, once you’ve become an expert, applying the principles in practice can itself be a time-consuming and tedious process. Until now.

Part of our continuing mission at WaveBasis is to eliminate the tedium, accelerate the analysis process, and improve the reliability of analysis results. We believe Elliott Wave analysis should be more accessible to more people, and that the Elliott Wave community deserves to be better served with better tools. Another very simple concept.

So, the next time you’re faced with the challenge of explaining Elliott Waves to someone, don’t forget the basics!